The Iranian regime is ready to yet commit another crime!! After recent execution of Ehsan, they are now determined to take teacher unionist Farzad Kamangar!’s life away.

Farzad Kamangar is borned in 1975. He was a teacher during 12 years in Kamiaran, a village of Eastern Kurdistan (Northwestern Iran). He is married and has children. He belonged to the Teachers’ Union of Kurdistan and to other activist associations. He wrote for the review Royan, the review of Education department of Kamiyaran and for newspapers of local Human Rights associations.

He has been arrested on August 19th 2006, by the secret services of Sine. During 4 months after his arrest, (god’s enemy) by the Iranian judicial system! He has been charged with propaganda against the regime and fight against the god which in the Islamic regime of Iran is a crime punishable by death.

He has been arrested on August 19th 2006 at Saghez’s intelligence office. Currently he is prohibited from having visitors in detention.

Farzad Kamangar, a teacher at age 33, is a human rights activist and journalist He is one of the Kurd civil activist who was arrested in Saghez last year and was sentenced to death after being interrogated and severely tortured.

We are asking you to please do not remain silent during these critical days as the Islamic regime will not hesitate taking this young activist’s life!

Thank you in advance for all your hard work.

We ask you to use your authority and do whatever you can to stop this execution. The Iranian regime is behaving as if it were an occupation force. 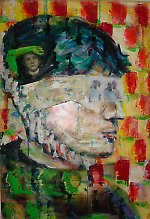 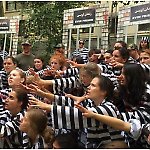 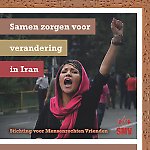